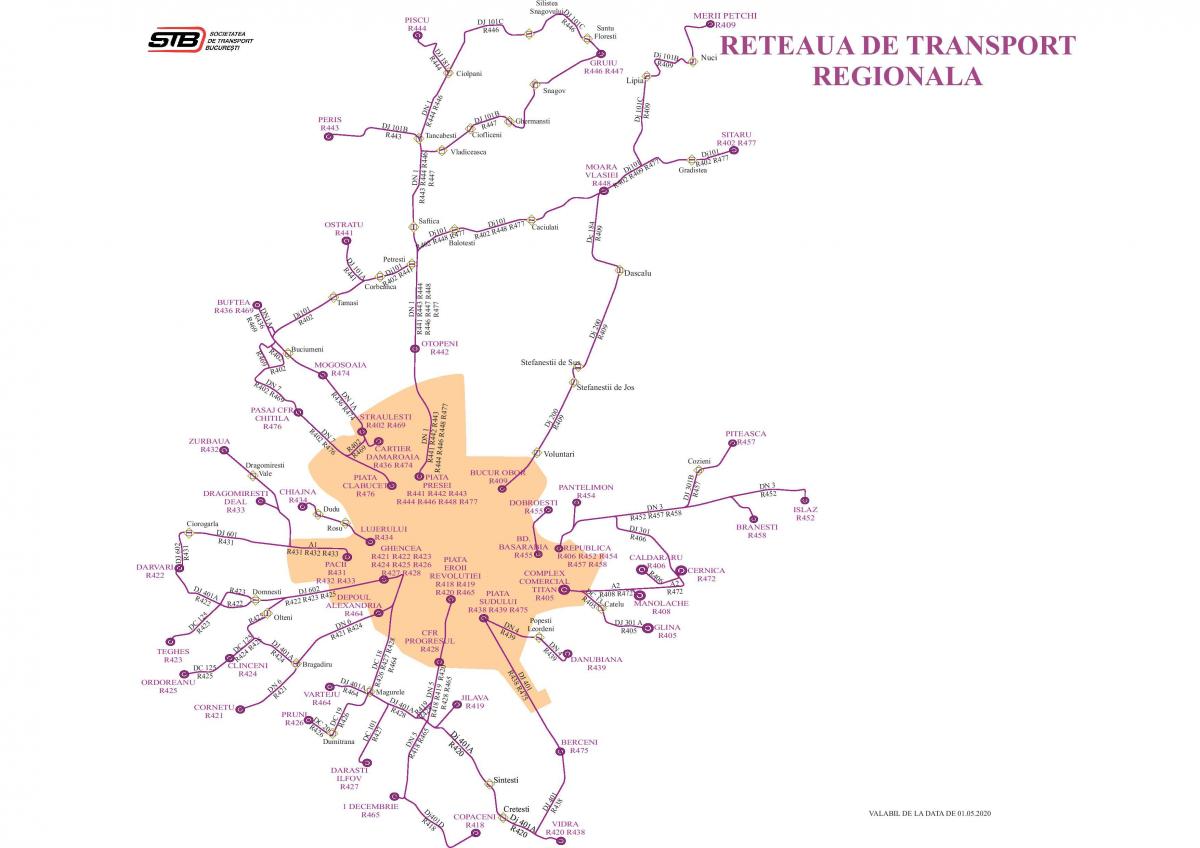 Bucharest is served by a commuter railway network operated by CFR , the Romanian national railways. Although commuter trains no longer serve national routes, commuter train services are not so good. As an alternative, at each city exit there are private bus stations to get travelers to the towns in villages nearby. As a rule, this buses are found at the exit closest to their serviced area. The commuter trains run either from the main station, Gara de Nordor from 6 minor stations (Gara Basarab, Gara Obor, Gara Chitila, Gara Progresu, Gara Titan and Gara Pantelimon) as you can see in Bucharest rail map. Their main purpose is not regular traveling, instead they were meant to service major factories and industrial platforms with workers, and generally run early in the morning and in the afternoon. Commuter trains currently run to Olteniţa , Giurgiu , Urziceni , Lehliu Gară and Titu . There are also weekend tourist trains from Bucharest to Snagov , starting either at Gara de Nord or Gara Băneasa.

CFR Călători, the passenger service division of CFR, operates seven types of passenger train , both on Romania territory, with rolling stock and locomotives , or internationally, with rolling stock. Also, CFR operates international trains on Romanian territory with its own locomotives. The train types vary in terms of speed and type of rolling stock. In 2010, approximately 58 million passengers have traveled with the company. 10 million travelers have preferred private equity firms in particular on the side lines. CFR train types as its mentioned in Bucharest rail map are: Regional (R) - the trains have assigned numbers from 2000 to 9999, Interregional (IR) - the trains have assigned numbers from 200 to 499, 600 to 999, 1000 to 1999 and 10000 to 14999, InterCity (IC) - numbered from 500 to 599, EuroCity (EC) - numbered as IC trains from 500 to 599, EuroNight (EN) - numbered as IC trains from 500 to 599, Special (S) - tourist trains operated on scenic routes with vintage rolling stock, numbered from S1 to S9.