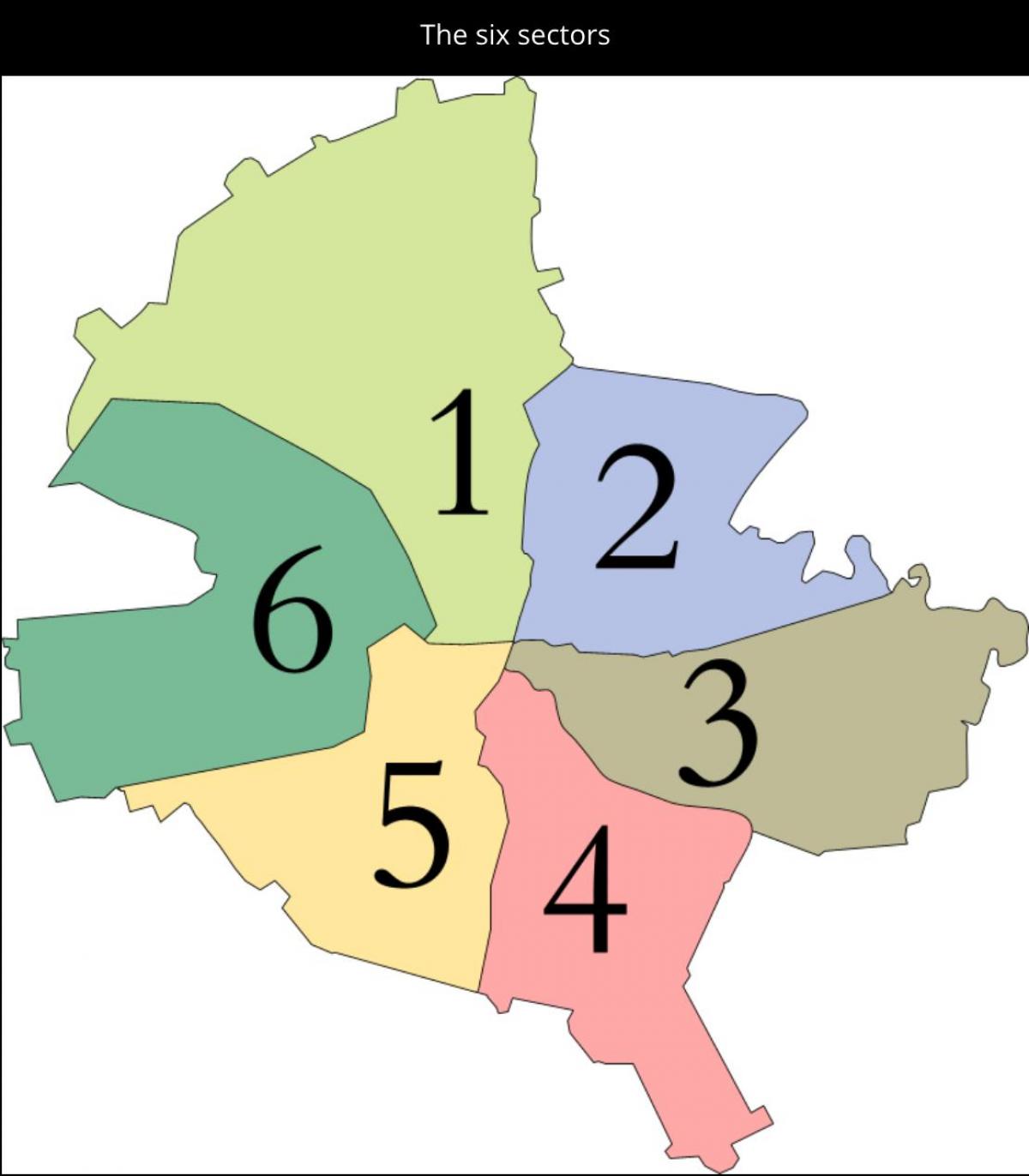 Bucharest has a unique status in Romanian administration, since it is the only municipality that is not part of a county. Its population, however, is larger than that of any Romanian county, and hence the power of the Bucharest General City Hall (Primăria Generală), which is the city local government body, is about the same as, if not greater than, that of Romanian county councils. The city government is headed by a General Mayor (Primar General), currently (as of 2010) Sorin Oprescu. Decisions are approved and discussed by the General Council (Consiliu General) made up of 55 elected councilors. Furthermore, the city is divided into six administrative sectors (sectoare) as you can see in Bucharest districts map, each of which has their own 27-seat sectoral council, town hall and mayor. The powers of local government over a certain area are therefore shared by the Bucharest City Hall and the local sectoral councils with little or no overlapping of authority. The general rule is that the main City Hall is responsible for citywide utilities such as the water system, the transport system and the main boulevards, while sector halls manage the contact between individuals and the local government, secondary streets, parks, schools and cleaning services.

Sector 5 (population 288,690) as its shown in Bucharest districts map: Rahova, Ferentari, Giurgiului, Cotroceni, 13 Septembrie, Dealul Spirii. Sector 6 (population 371,060): Giulești, Crângași, Drumul Taberei, Militari, Grozǎvești (also known as Regie), Ghencea. Like all other local councils in Romania, the Bucharest sectoral councils, the city General Council and the mayors are elected every four years by the population. Additionally, Bucharest has a prefect, who is appointed by Romania central government. The prefect is not allowed to be a member of a political party. The prefect role is to represent the national government at local level, acting as a liaison and facilitating the implementation of National Development Plans and governing programs at local level. The current prefect of Bucharest (as of 2010) is Mihai Cristian Atanasoaiei.